Why a ‘Try’ just wasn’t enough

When Joshua Park was young, he dreamed of being a Rugby player. This is something he had played and enjoyed since being a young boy. After finishing his high school career, he was invited to join the Blue Bulls academy. One of the top rugby academies in South Africa. This was Joshua’s dream to play for the club he had supported since his childhood and now he’d been invited to play for them.

He joined the Blue Bulls amateur Squad and shortly after Joshua was selected to represent the Pumas in the Currie Cup. This would be his first ever performance on TV, supported by his friends and family, watching on live TV was a dream come true for Joshua. 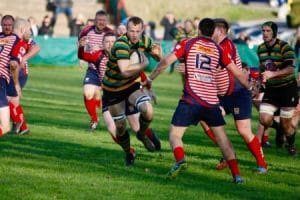 Three years later and a lot more Currie Cup games for various teams and Joshua was heading to Scotland to join a rugby club in the Scottish borders called Peebles. Joshua spent the next 3 years playing rugby in and around Europe for various sides at the Top-level. This is exactly what Joshua had wanted to do since his childhood  and he was living his dream of being a professional rugby player.

Then on an early morning train heading to London, Joshua knew something was missing, he was doing exactly what he dreamed of doing, yet he felt empty. This had been his dream since he was 14 years old, to play international Rugby, but the success, money and fame meant nothing if he couldn’t share his life with the one person he’d left behind in South Africa nearly 5 years ago. 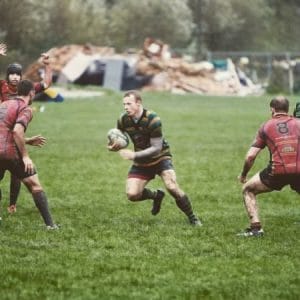 Realisation hit and so Joshua left Portugal shortly after, played his last professional and decided to change his career. It was a whim of a decision and he had absolutely no idea at that stage what he was going to do. After a few years in the UK, Joshua moved back to South Africa and got engaged to his wife Margot. It is then Joshua choose to head down the path of financial systems. He joined a Consulting company, and trained in distribution, technical consulting and Sage CRM. Joshua spent the next few years expanding his skills and moved back to the UK to continue his career in financial systems, working with Netsuite, which lead him into his latest role working at X3 Consulting as a Sage X3 and Intacct business consultant.

Joshua explains “Never give up on your dream, and if your dream changes, then why not try something new.”

This site uses cookies to store information on your computer

This website uses cookies to improve your experience while you navigate through the website. Out of these, the cookies that are categorized as necessary are stored on your browser as they are essential for the working of basic functionalities of the website. We also use third-party cookies that help us analyze and understand how you use this website. These cookies will be stored in your browser only with your consent. You also have the option to opt-out of these cookies. But opting out of some of these cookies may affect your browsing experience.
Necessary Always Enabled
Necessary cookies are absolutely essential for the website to function properly. These cookies ensure basic functionalities and security features of the website, anonymously.
Functional
Functional cookies help to perform certain functionalities like sharing the content of the website on social media platforms, collect feedbacks, and other third-party features.
Performance
Performance cookies are used to understand and analyze the key performance indexes of the website which helps in delivering a better user experience for the visitors.
Analytics
Analytical cookies are used to understand how visitors interact with the website. These cookies help provide information on metrics the number of visitors, bounce rate, traffic source, etc.
Advertisement
Advertisement cookies are used to provide visitors with relevant ads and marketing campaigns. These cookies track visitors across websites and collect information to provide customized ads.
Others
Other uncategorized cookies are those that are being analyzed and have not been classified into a category as yet.
Save & Accept